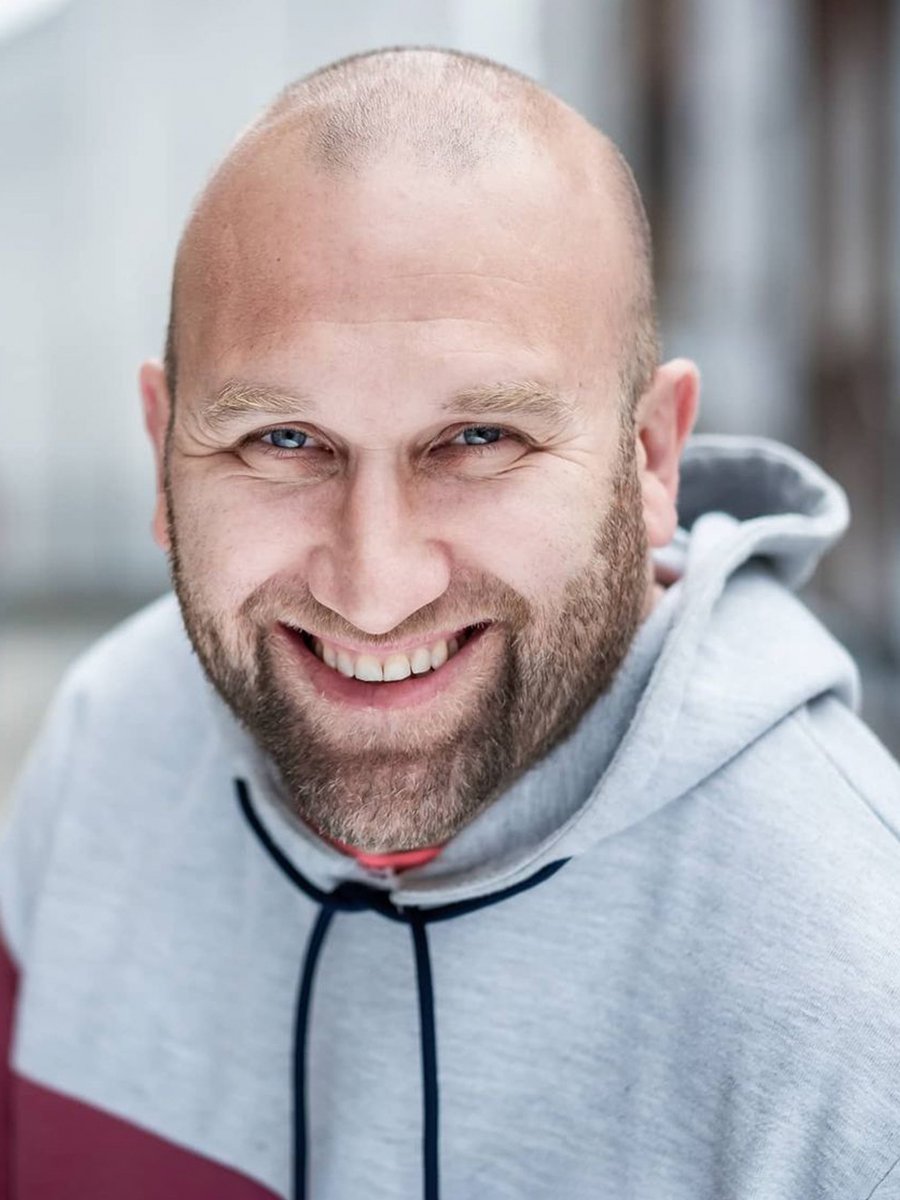 Hi, my name is David Gilford. I am 43 years young and I’m originally from Dublin but I have been living in Drogheda for the last 12 years. I’m married to the amazing Laura and I have 3 little girls Amber, Sienna and Ariana. I work as an Operations engineer which can be stressful and sometimes have to spend time away from home so I use photography both to relieve stress and to get out when I spend a week in a hotel.
Instagram Twitter Facebook Envelope

My path some would say was destined to happen as my dad was an amateur photographer and always had the best of gear. I would always take pictures from a very young age on those Fujifilm 35mm film cameras. Going on holidays I would have a few to capture shots. Throughout my early twenties, I would be using my dad’s camera for holidays but it wasn’t until 2006 that I purchased my first camera in Kuala Lumpur airport on a flight to Australia for a year’s travel. It was a Sony Cybershot DSCW50 point and shoot but back then I never thought about composition it was just point and shoot everything. I captured some amazing shots during that year which I have printed and to this day hang proudly on my wall.
In 2011 I got a Samsung WB250F point and shoot which I again used to death on family events and going on holidays.
In 2017 I decided to get my first DSLR, it was a Canon 77D. This is when I decided to learn more about photography. It didn’t take me long to understand manual mode and composition. It was late 2017 when I signed up to an Instagram account and started uploading my images from the past and present. It is so funny when I look back at those images now but we all start somewhere.
Previous
Next

That’s such a hard question but sure I will start with my last one which was a photo trip to Donegal with Ritchie Hogan, Mark Duffy, Mark Kirwan and Keith (dublincityphotography). We had great ideas planned for a 2-day shoot but the Irish weather decided to get in the way of that. We all met early at Lough Erne and then set out for our first destination as Slieve League but as we arrived a dark cloud of rain had engulfed Slieve league so we headed out to Muckross head where the rain wasn’t much better. I battled to capture a composition but I ended up doing some Instagram stories for the Full Irish. The laughs we had without even shooting much.

We decided to hit the road and head straight for Kilcar to an amazing Mitchel star takeaway for some well-earned grub and drive straight to Port Pier. I don’t think we realised the conditions the “roads” would be but myself and Ritchie finally made it driving through fog on a dirt track road for almost an hour. Shortly after us, we could see lights from another car and happily it was Mark Kirwan and Keith. Now, all we had to wait for was Mr Mark Duffy himself and he came in style almost 1.5 hours later after driving the wrong way. I had my tent nearly finished as well as Mark and Keith but when I saw Ritchie drag what I thought was a 30man tent from his boot with a pump. I was like Ritchie is setting sail into the Atlantic Ocean for his version of the Titanic with him starring as Kate Winslet and Mark Duffy as Leonardo Dicaprio. Luckily, we helped him out of the sicario and his blow-up tent was sorted and Mark had a double bed in the back of his van. We all said our goodnights in the style of the Brady bunch, Mark in his van, Ritchie in his well-anchored tent and Mark Kirwan and Keith spooning in a 4-man tent and me in a 2-man tent pitched on a slope. We had about 3 hours of sleep and got up around 3 am. I consumed a double-decker for breakfast and started putting all the gear away before deciding the start the hike.
As I looked up at the hike that was before me, I thought this was easy. I marched out in front with Mark Kirwan who is an avid hiker. I remember him saying “Dave, do you hike much” my reply was “No”. Marks words of Jesus you’re doing great considering you don’t hike was completely swallowed up 30 minutes later as I was lying on the ground completely exhausted. I thought as I was lying there if that Fucker didn’t say that I would be grand.
I’d say we eventually got halfway up as we walked into another cloud. We all looked at each other and decided to head back down a bit and shoot back at the port. We all captured some epic shots before rolling back down the hill. It was like a scene from the sound of music as Keith’s vocals sprang into Action. Ha-ha if only. It was an amazing experience. What a way to start Day 2. 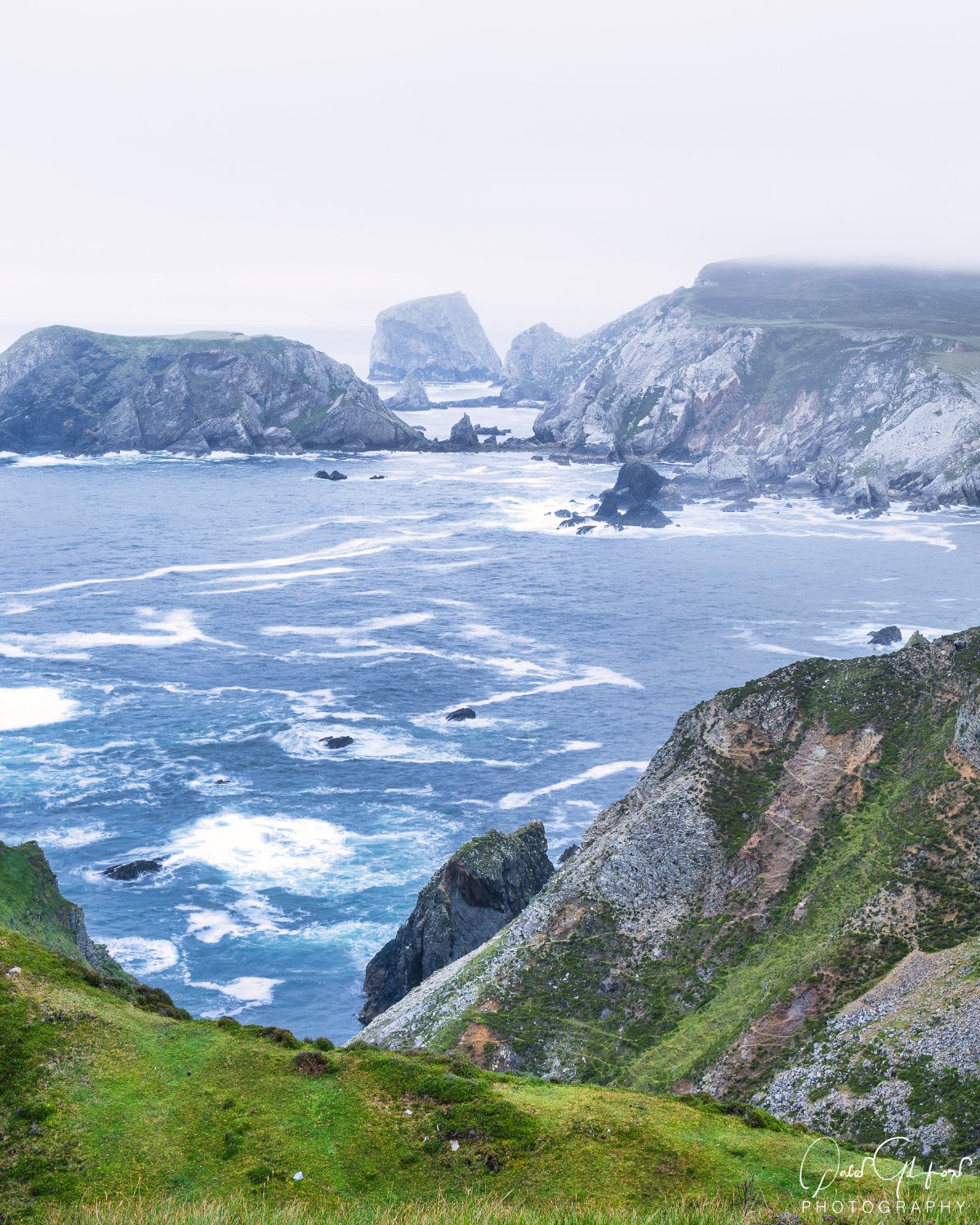 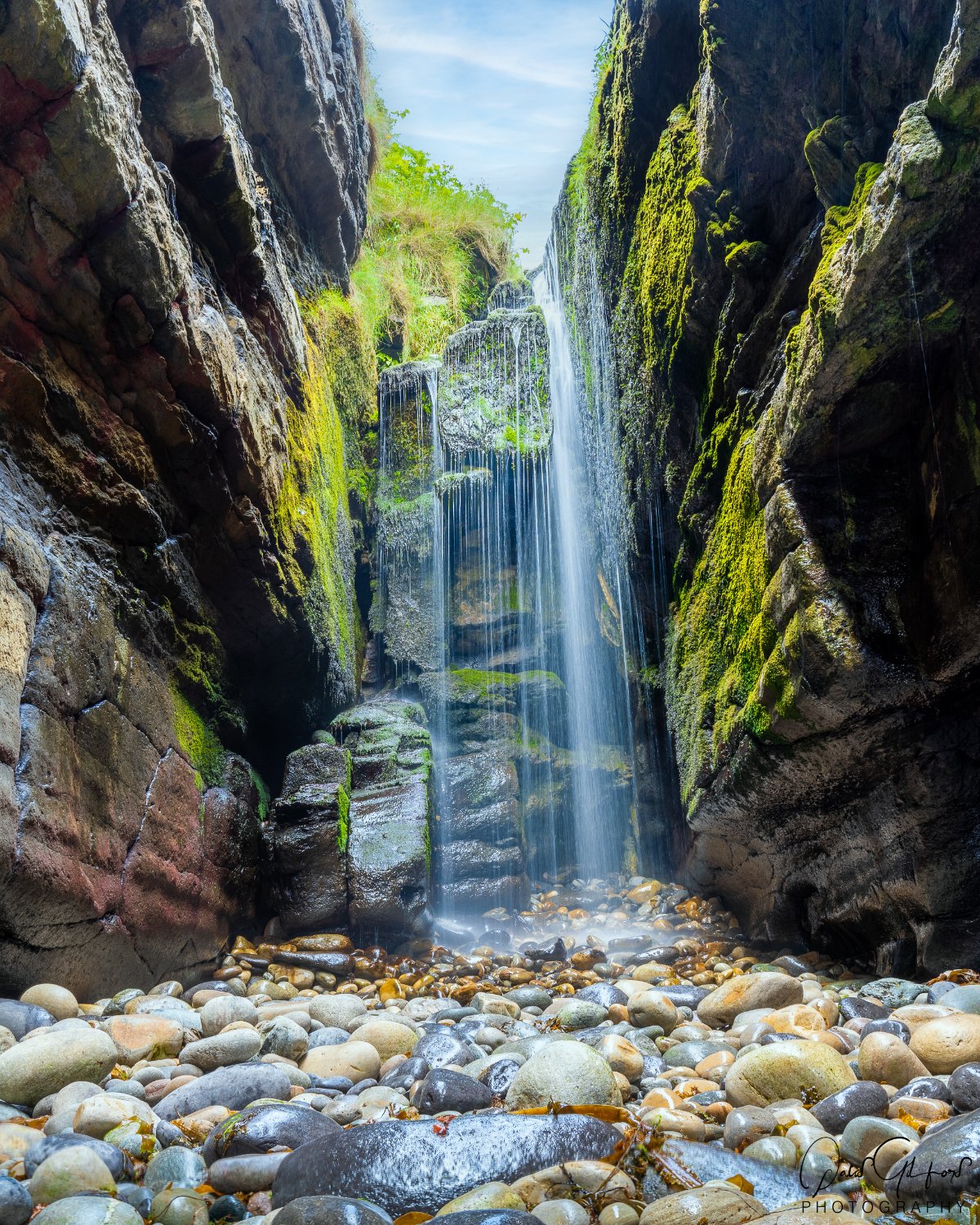 Our next destination was Assaranca Waterfall. We arrived early enough to avoid tourists but there was still some there. I decided to get a low vantage point with some nice stones as a foreground interest. Once I captured my 3 exposures, I moved on to find more shots. Captured a couple of shots of the lads and couldn’t find anything else decent.
From there we moved onto the Caves of Maghera but didn’t find a shot at that location but I wasn’t too disappointed. We left Maghera beach after a much-earned suntan and headed back to Killybegs.
As we parked up at the harbour in Killybegs we started looking for somewhere to eat and found the perfect spot, the local garage. We left our picnic spot and headed to the viewpoint for the hidden falls. As we all arrived at the glorious Hidden falls, I could see the convoy of people walking out to it so I decided to up the pace. I arrived at the cave just before the lads got my tripod out with 24-70mm lens and decided to grab another low shot with 5 exposures to get as much information and light I could get. We all grabbed our shots before Bear Grills Mark Kirwan decided to rock climb his way to the top. I was just waiting for him to bring down dead sheep to Barbeque but thank god he didn’t.
As we arrived back at our cars grabbing a coffee from a local Barista, we sat down at the viewing point and looked at the amazing weather. Mark Duffy said “lads will we hit Muckross again” then his face dropped when he turned to see another dark cloud engulf Donegal again. We all packed up and hit the road for home.
It was supposed to be a drive home but Ritchie and I got a sneaky shot in at Headfort bridge just outside Kells of a couple of people fishing into River Blackwater. It was a great end to a trip full of laughs more than shots from the camera.

My worst field experience as a photographer was in 2019 when I was in the park with my girls taking shots. I sudden trip and of course the camera hit the ground. At first, I didn’t see any damage at all but about 2 weeks later while shooting in Dublin I noticed separation in my 18-55mm Sigma lens. I must have had it about 3 months when this happened. I brought it home and took it apart and notice that one of the pillars had broken inside. Some gorilla glue and time sorted that out and I never had issues with it again and I still have the same lens and it works perfectly.

For me, it has to be Sunrise. The buzz getting up at crazy o clock when everyone else is still in bed and you’re driving to a seaside location to capture the suns birth on the horizon. When your delighted with the amazing shots it sets you off for another location. It’s the buzz that is why I love Sunrise more. 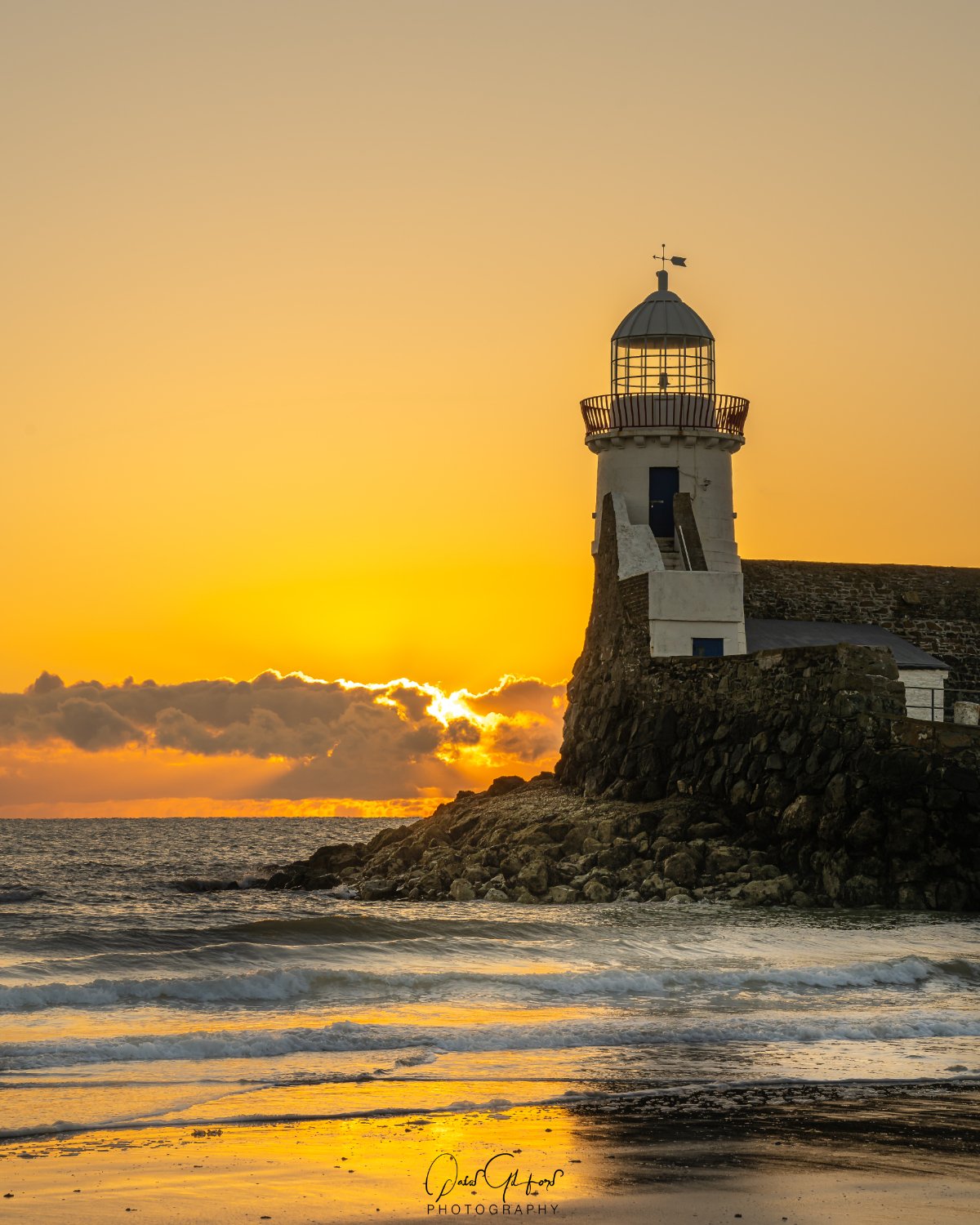 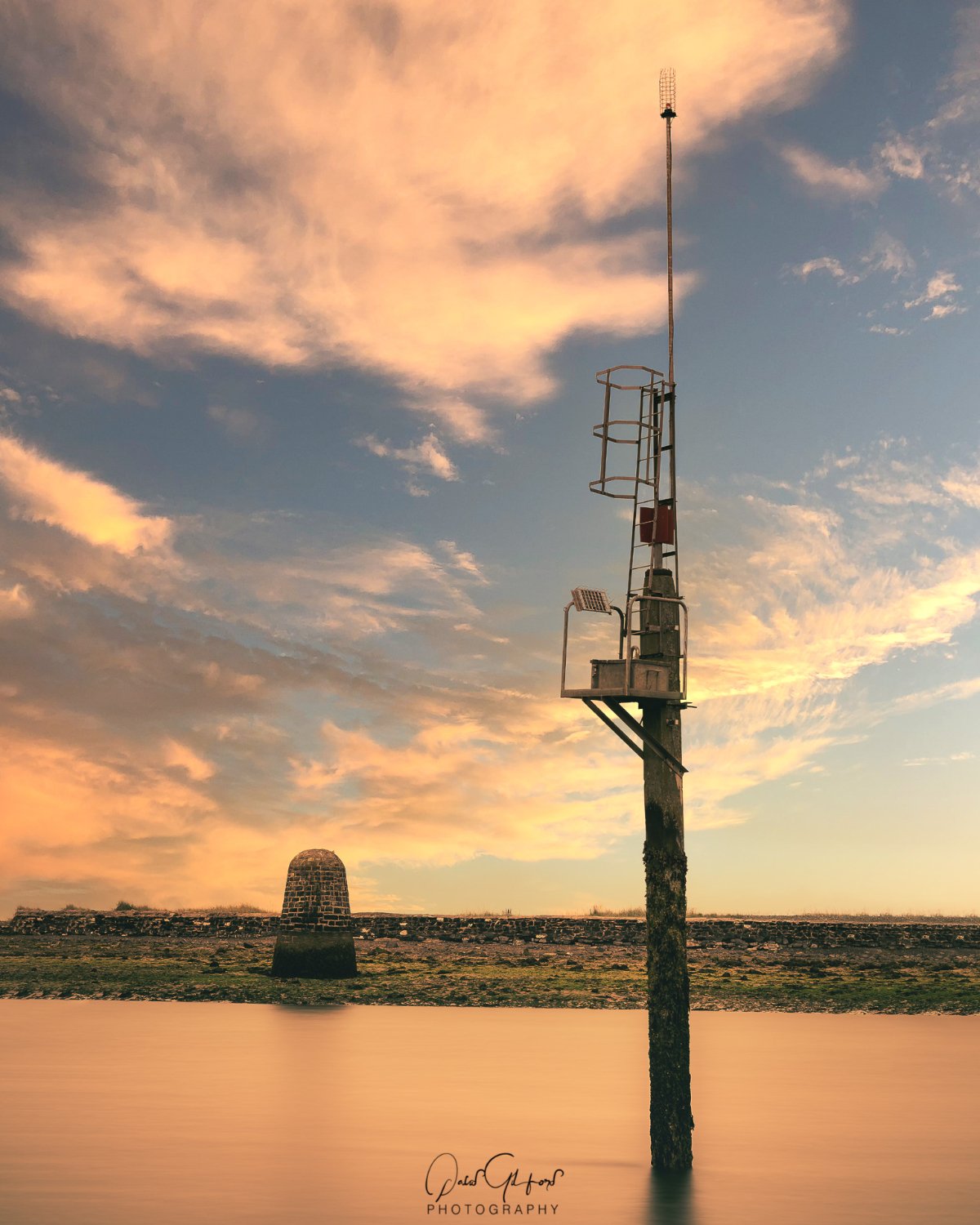 My favourite location in Ireland?? I don’t think I have found it yet. I’ve been blown away with so many spots around Ireland but I don’t have a favourite yet. I do enjoy shooting Street photography shots in Dublin city.

My favourite photograph… That’s a really difficult one for me. It is probably a photograph of my youngest daughter. Not that I don’t have amazing shots of my other girls but this image is an action image I captured in 2019. I love it so much I have an A1 print of it on my wall. It sums up my favourite type of photography. 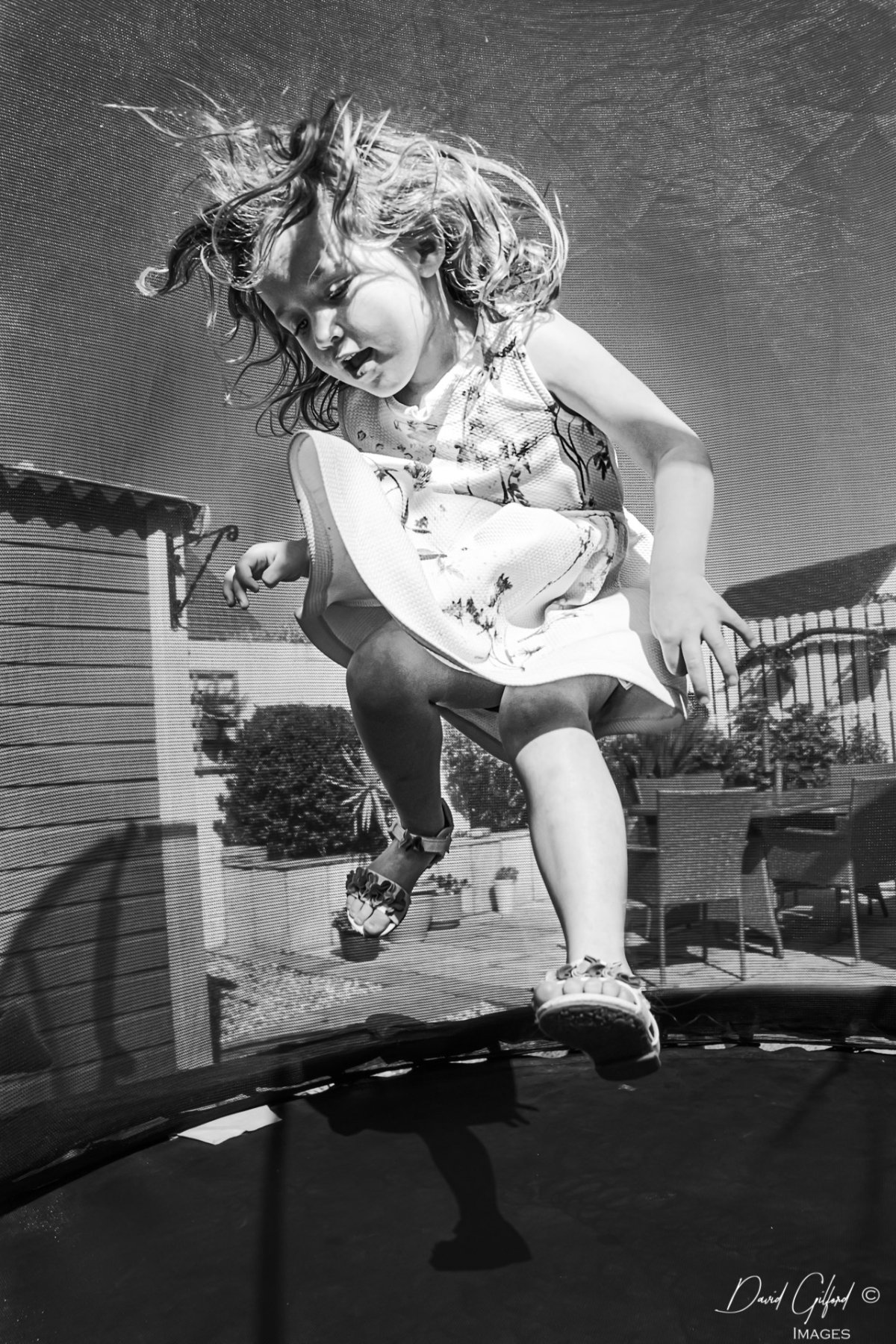 The biggest tip for me when you’re starting out is to go shooting with other photographers on the same level as you. It defiantly has had a very positive effect on my photography journey but mixing that and exploring every YouTube video possible. The best thing to do is just keep shooting, make mistakes and keep learning.

Hands down the best advice about Photography has been given by my Dad. He got me to focus on composition. Early on he would see all my images and give an honest opinion and as a beginner that’s exactly what you need. Someone to tell you what mistakes you are making and how to improve. 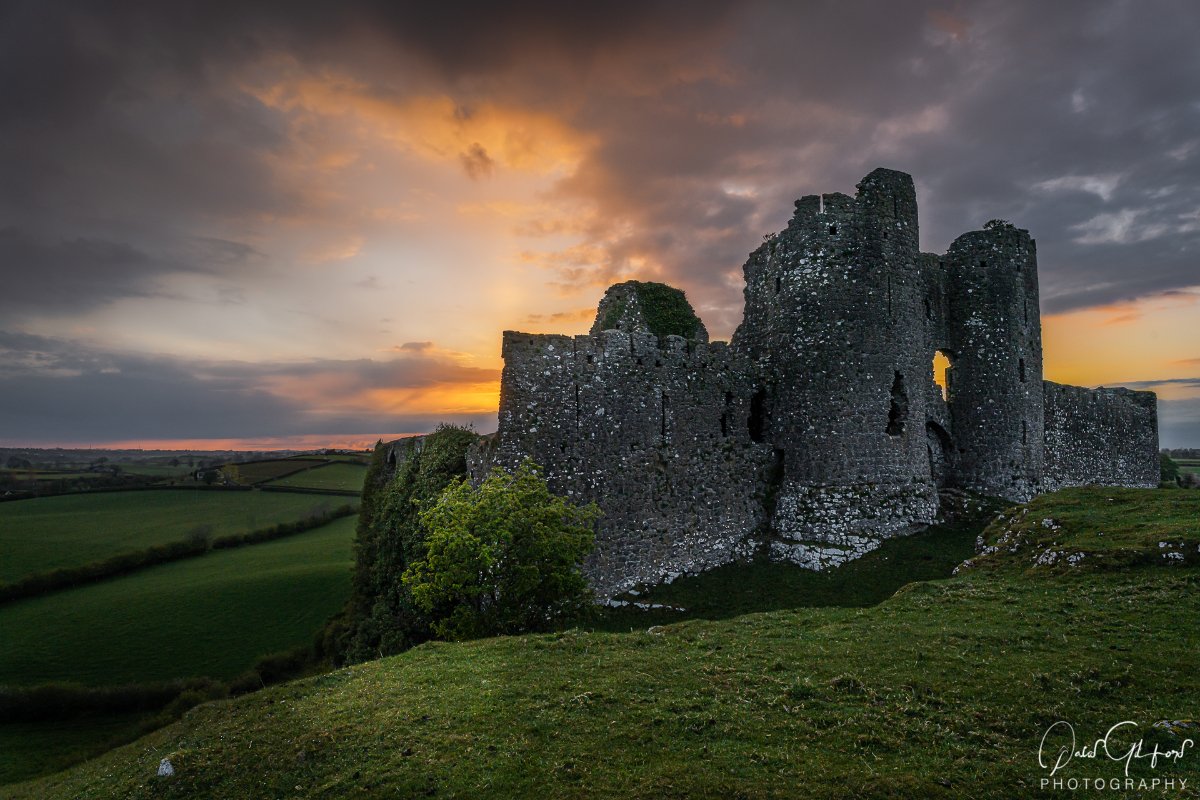 My favourite Irish photographer…. Tough. That is such a hard call. I love what Alan (@varjak) is doing. His street photography is truly outstanding. Seascape work would have to be Eimhear Collins. Landscape hands down would have to be Mark O’Brien, exceptional stuff. Ritchie Hogan’s Minimal stuff is on another level. Mark Duffy’s Portraits and Product stuff, along with the rest of his other forms of photography is savage. There are so many more but I always look out for their work.