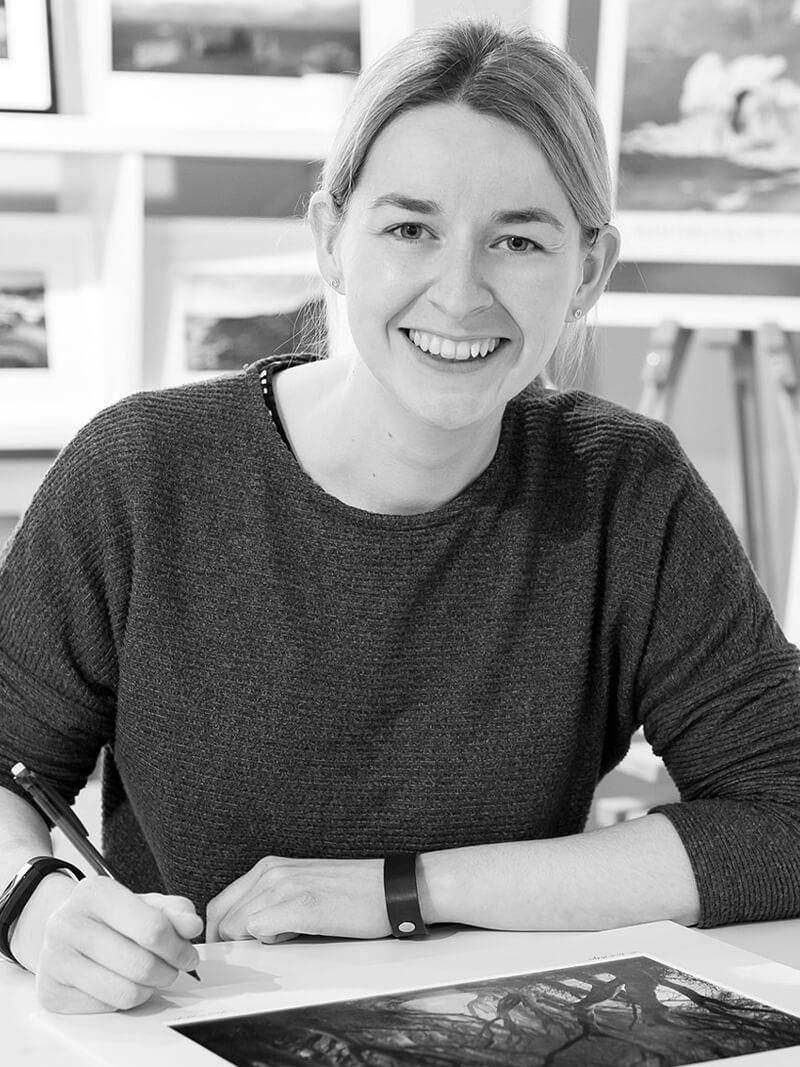 My name is Laura McIlveen, I’m 26 years old and I’m a professional photographer from the north coast in Northern Ireland. I primarily work within landscape and commercial photography. I first fell in love with photography through shooting landscapes, so it’s something very close to my heart. I think it would be fair to say I’m completely obsessed with the landscape I’ve grown up in and I love capturing its beauty for others to see.
Facebook Instagram Twitter Link

The idea of getting into photography really came about through me exploring the North Coast. I’ve always loved going on big walks and exploring the local area; The Giant’s Causeway, Ballintoy Harbour, Portstewart Strand to name a few. I used to do these big walks in some of the best beauty spots around the Causeway Coast, without a camera. I just enjoyed viewing and being in the landscape. That then turned into a want to capture the beauty of the local landscape and share it with others. My first camera was a Canon EOS M. I was so pleased with it! It was a great wee starter camera, I have so much to thank that camera for. That’s where the journey started. 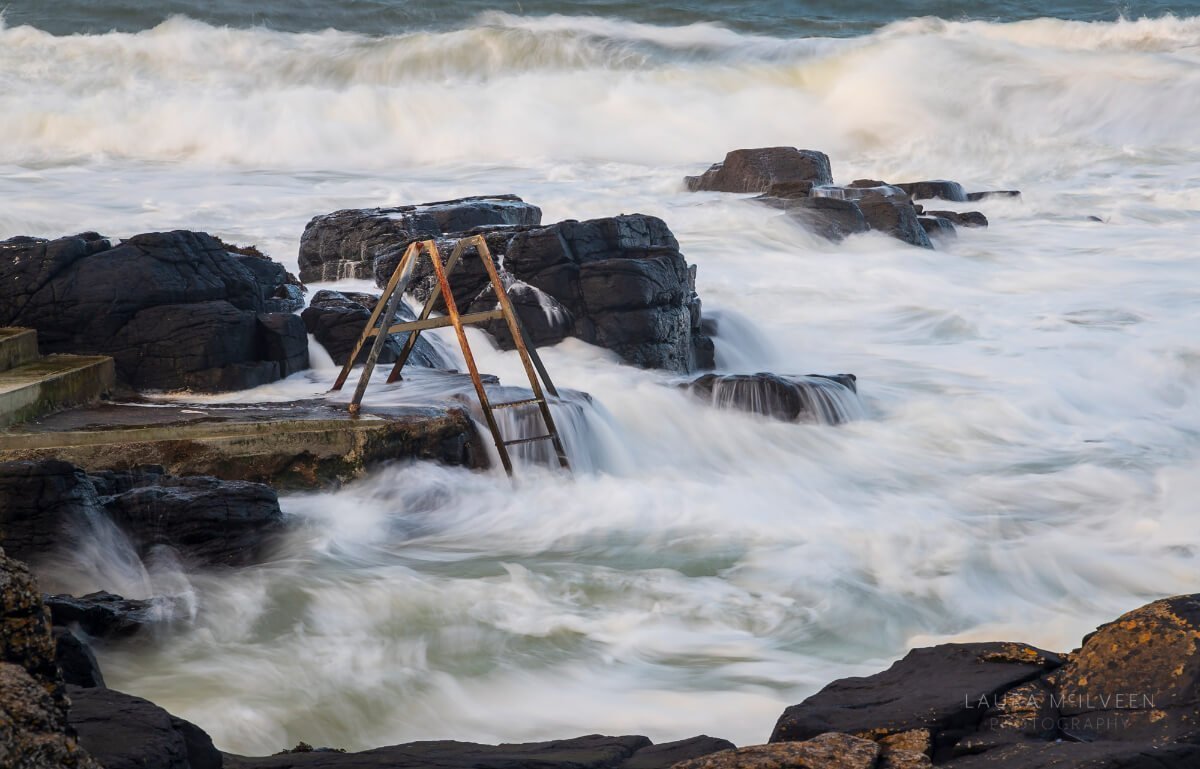 My favourite landscape adventure story is probably actually the day I decided I wanted to get a camera! That’s the one that means a lot to me.
It was a beautiful day in Northern Ireland. I decided to head to the Whiterocks Beach for the day where I spent the whole day exploring. I walked the whole length of the beach, all the way into Portrush town centre and back again. It was a stunning day, the sun was shining, it was like one of those days you see in a holiday catalogue and I just wanted to capture all that beauty. I didn’t even own a camera at that stage. All I had was the camera on my phone. Which was probably the worst camera of all time! That’s a whole other story but let’s just say it was either broke or it was attempting (and failing!) to do some sort of funky bokeh effect! I’m honestly not sure, but it was awful. Only one side of the image was in focus! It was weird. Anyway, I spent my day photographing the Whiterocks Beach, every aspect of it. From the beautiful clear sea water, to those fabulous white rocks. I was just enjoying capturing what was around me. I had such a fantastic day to myself. The next day I also had the worst sunburn I’ve ever had (despite 3 re-applications of sun cream!). As I said, it was a nice day! But still, very happy times.
That day on the beach I decided I was going to ask for a camera for my next birthday and that’s what I got. My parents bought me my first ever camera, a Canon EOS M and I was delighted with it. Of course, I didn’t realise at that stage where it would all end up. I certainly didn’t imagine that I would ever go pro, or have my own studio space. I just wanted to capture beauty and I suppose that’s still my mission. That’s never shifted. One of my big encouragements to anyone who has a notion of photography, is to start now using the equipment you have. If that’s your camera on your phone, that’s fine, use it. I’m proud of where my journey started. That shockingly bad camera on my phone helped ignite a passion that’s become a major part of my life. Oh how I love that crappy camera!
Previous
Next

If I had to choose, I’d say my worst day in the field (literally!) was probably the day I fell on route to Elephant Rock. Now, if you’ve ever photographed Elephant Rock, you will know it’s kind of like a photographer’s rite of passage to fall on your butt there! I’m pretty sure you’re not pro until it’s happened you! Or at least that’s what my photographer buddy told me after it. So naturally, I maintain it’s a thing! Anyway, I fell big time, in the most dramatic fashion. One of those two legs in the air, hilarious, could go viral online, nothing you can do about it, falling moments. The whole thing was both hilarious and affronting!
It happened whilst climbing over one of those wooden stiles. On reflection it was ‘slightly’ slippery. I threw my leg over the first part, cleared it no bother. Then the second leg went over. I made that too, no stopping me! Then came the ONE single step down, (the easiest part some might say) and BAM, I was down like a bag of spuds! I still have no idea how it happened to be honest… How can a person fall so hard from such a small height? I pulled myself up from the cocktail of muck, sheep pee and poo that I had fallen in, trousers covered, only to meet a photographer I knew. We’d been following each other for a while online, this was our first official meeting. I do like to make a good first impression! Anyway, I didn’t even attempt to hide what had happened, there was no point. I just signalled to my trousers, burst out laughing and then did a mini catwalk in my sheep poo trousers. I’m pretty sure I styled it out no bother. I only ask that you don’t ask the photographer in question for clarification on that!

Sunset every single time for me. There’s just something about those golden tones that draws me in. I love watching day turn into night. Photographing a golden sunset, is where I’m happiest. 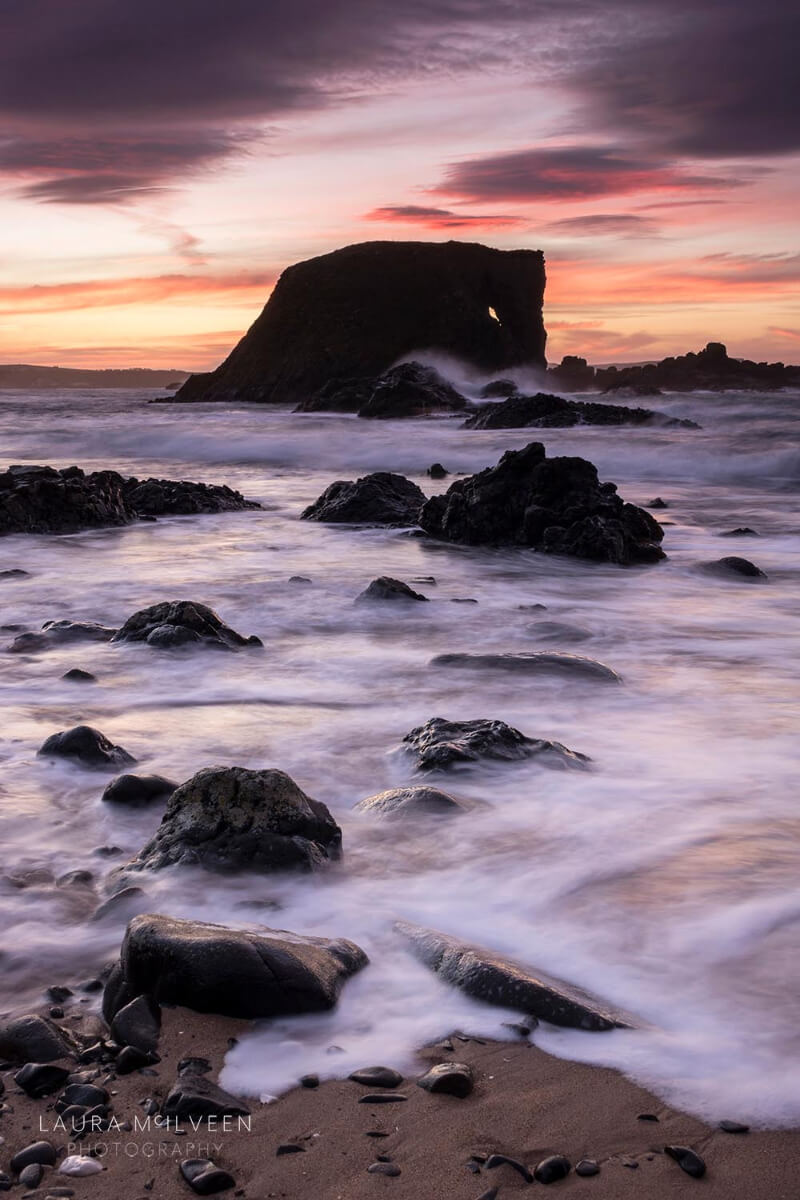 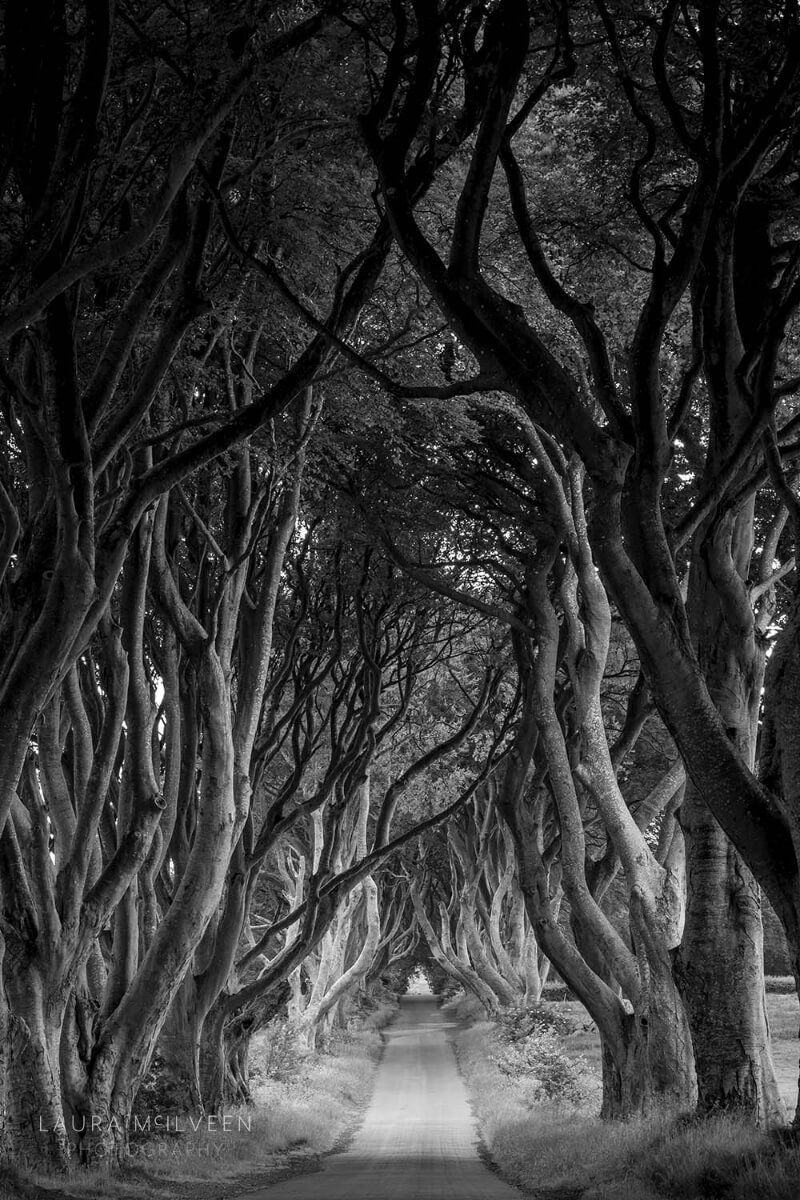 I’m all about the Causeway Coast. You can’t go wrong with any location there. I know I’m biased because it’s home but it’s just so beautiful. I highly recommend a trip to the North Coast if you love to capture landscapes.

I get asked this quite a lot. My customers often ask me which print is my favourite but I just can’t choose! I always find myself starting with choosing one print and then the list starts. For me, every single photograph I’ve taken has a story. They all make up my personal journey and I love them all for that. 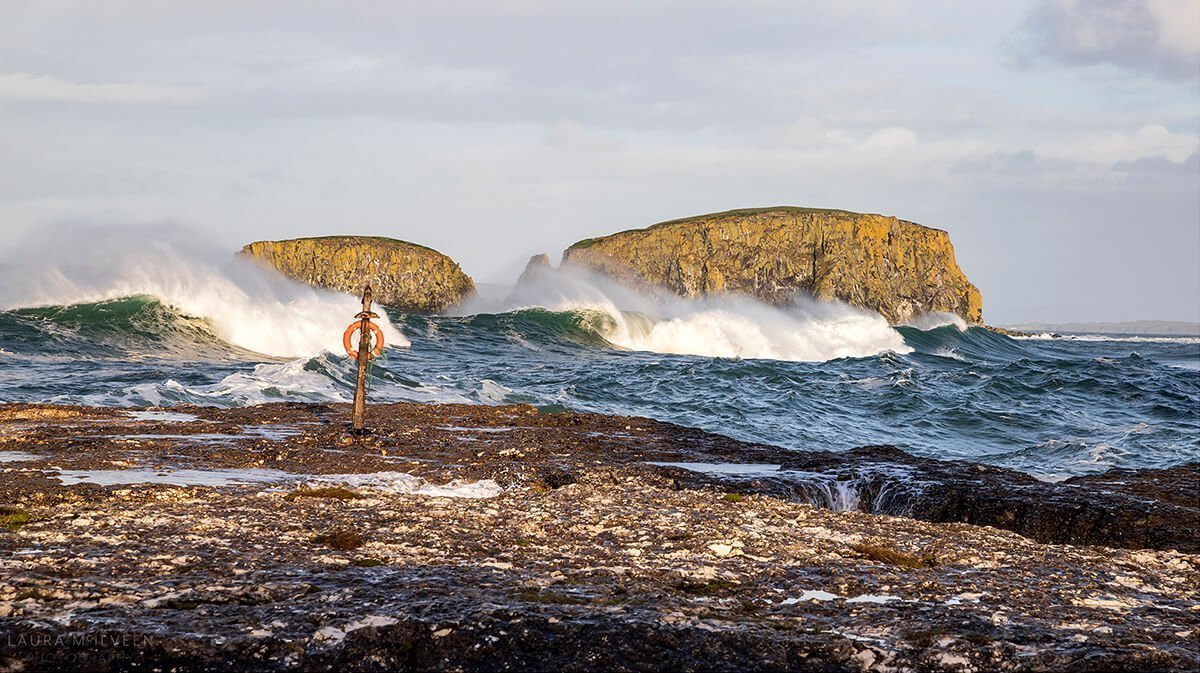 I’m still shooting Canon. That’s where I started and I still love Canon. A lot of the time I’m using a Canon 6D mark II. I’m currently also using Nisi Filters and a Vanguard Alta Pro2+ tripod. I’ve built up gear slowly and that’s probably my biggest tip to anyone starting out. Don’t feel like you have to spend big to start out. The most important piece of equipment is your photographic eye. Work on that first, then start to build up the equipment to support it.

Just keep shooting! Take lots and lots of photos. Try different things, be experimental. Don’t be scared of taking bad photos, we all do it, there’s a lot to be learned from a ‘bad photo’. Just keep at it, we all are constantly learning in photography, the learning never ends! Embrace that and have fun. Don’t fall into the trap of comparing yourself to others or valuing a photo via the ‘Likes’ it gets. Take a photograph because you like it and you can’t go too far wrong. 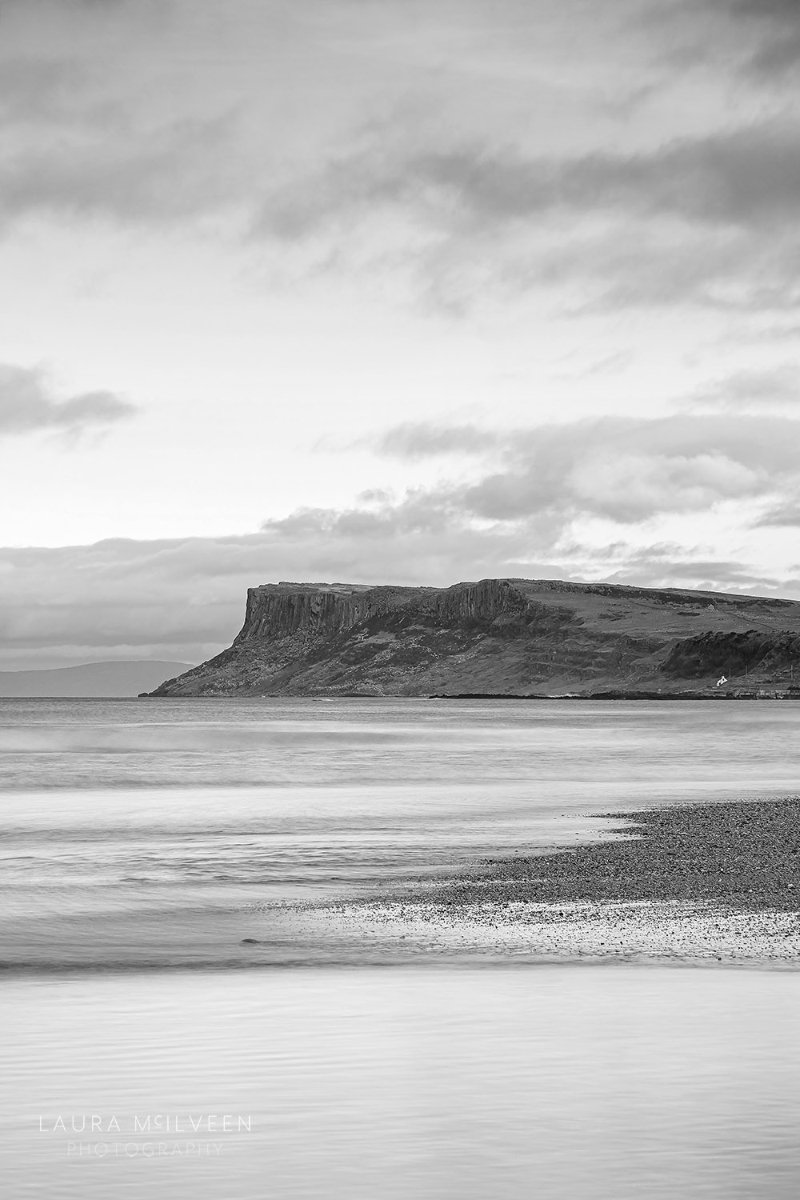 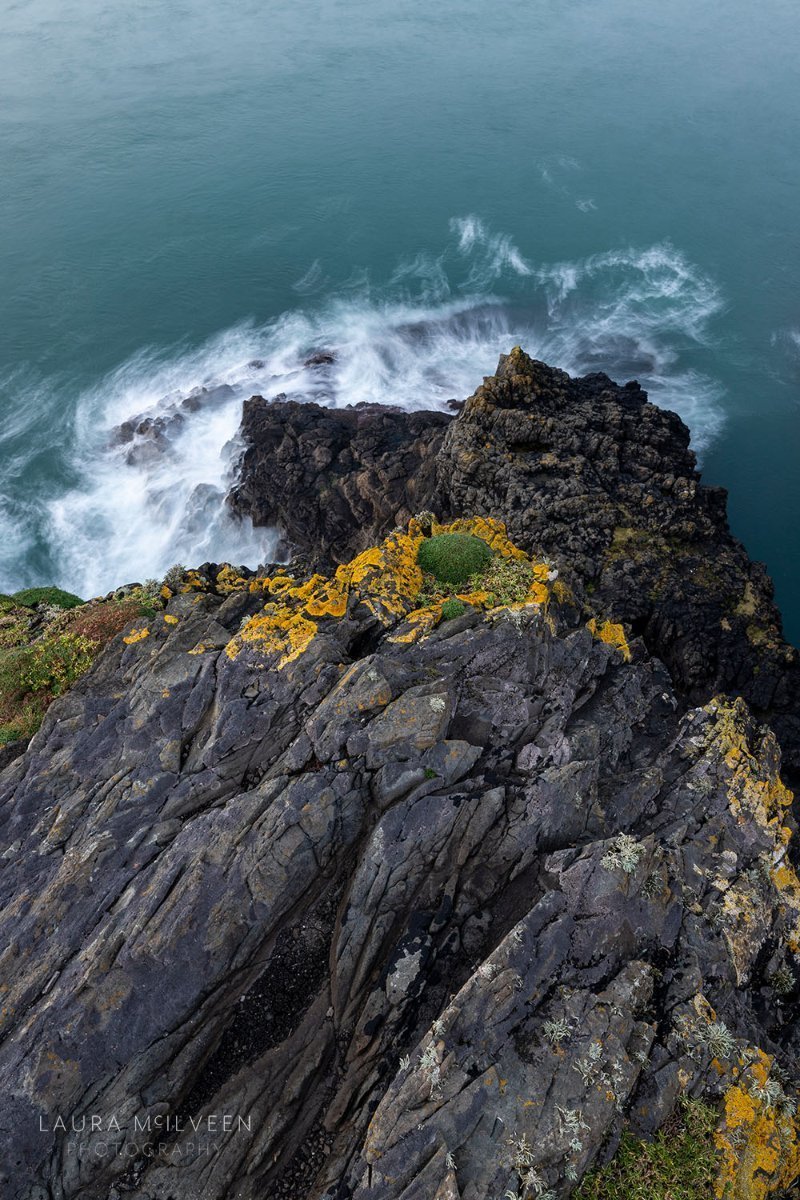 Who is your biggest inspiration as a Landscape Photographer

I really love Ansel Adams work. His work really inspires me. The rawness of his black and white landscapes, the way he captures light and atmosphere – I love it all. I studied his work in college and I just keep going back to it. The composition is first class, it’s proper composition goals. It’s just such beautiful imagery.

Funnily enough, whilst I did study Ansel Adams work in college, (this is a little-known fact) I also studied Alistair’s! We were given a task to choose a photographer to study and interview, it was important to me that I chose someone local, so I got in contact with Alistair and he was kind enough to chat through his work for my project. I passed that unit no bother of course! That’s what I love most about the local photography scene here, experienced photographers are there encouraging budding photographers and that’s exactly the way it should be.

This is a really tough question actually because there’s a lot of very talented photographers I’m enjoying following at the minute.

I’m really enjoying following Sean O’Riordan’s work. He’s got a fantastic style, his work is really beautiful. I always enjoy seeing his new captures and his take on a landscape.

I’ve definitely got to mention Ryan Simpson here too, he’s from around my neck of the woods, I love his work too. Ryan’s photography just makes me want to go visit the Mournes! Such beautiful landscape work, great composition, beautiful light.