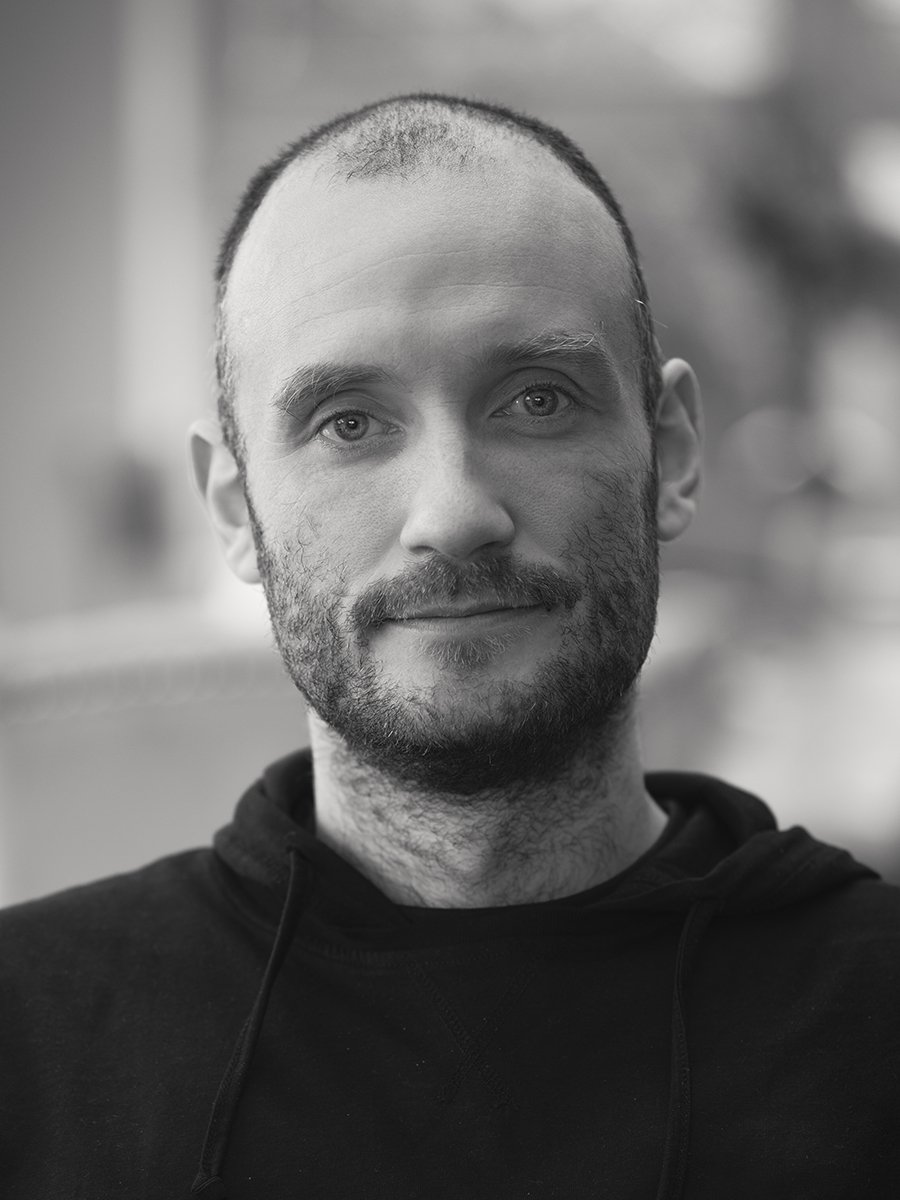 Hi my name is Shane Brennan. I’m 36 years old and come from Portarlington, Co. Laois. I live in Killenard with my wife Caitríona and our little boy, Pat, who is almost 2 years old. I work in a local primary school and I’ve always had a love of nature and landscapes, long before I ever picked up a camera. My grandparents and all of that generation of the family hail from the West so I’ve always had a love of that part of the country. Maybe some day I will succeed in my quest to convince my wife to move in that direction!

My father was always interested in photography and had a whole host of cameras and lenses. He had been passionate about it since he was about 8 but I didn’t really take any notice or interest in in until about 5 years ago, when my wife and I went on a holiday to the Greek Islands. I bought a Nikon D3300 and a Tamron 18-200mm superzoom. I took plenty of snapshots on that holiday and by the end of it I was experimenting with getting the camera out of auto and playing with different shutter speeds and apertures. I’ve always loved hiking around Ireland and I had seen some amazing landscapes when travelling in South America, 3 years before that Greek holiday, so I suppose the camera became a natural progression from my enjoyment and connection to these places. About three years ago, I started to take a proper interest in landscape photography as a hobby. It’s just a pity that this love of photography hadn’t developed when I’d been doing all of those treks through the likes of Bolivia, Peru and Patagonia.
Previous
Next

It’s very hard to narrow it down to one experience. I had an amazing time photographing for 5 days in Iceland but I suppose if I’m going to pick one particular moment, it would probably be from our honeymoon in Bali.
My wife had surprised me by booking a sunrise trek up Mount Batur, an active volcano in the north east of Bali. We set out at some ridiculous early hour from our resort in Ubud. I can’t remember what time we were picked up at but I think it was around 11p.m. We were driven to a location a short hike from the base of the volcano and set off at around 2 a.m. to make sure that we reached the summit before sunrise. The hike itself wasn’t too onerous and I suppose the one downside was that there were literally hundreds of tourists behind and in front of us, as we made the ascent. This did make it feel like a bit of a pilgrimage in one way though because it was the dead of night and there was a sinuous line of torches illuminating the trail as far as the eye could see and all the way to the top of the volcano.
Our honeymoon hadn’t been based around my landscape photography (obviously!) so I’d only brought my 14-30mm and 24-70mm which is a major regret of mine because I really wasn’t able to capture it the way that I wanted to, in the shots that I managed to get when I recall my experience at the summit. Everyone was huddled on the slopes in anticipation of the sunrise. I had a rickety travel tripod with my camera mounted on top. In the growing light, the low-lying cloud and mist was beginning to reveal itself around the mountain. When you’re sitting atop Mt. Batur you’re in the middle of two volcanic craters and the view takes you over to Mt. Agung, another enormous volcano opposite. So I was sitting there, constantly wiping condensation off the lens, knowing that I wasn’t really going to have enough reach to do this justice. When the sun came up over the horizon, the whole cloud lit up. The mist and fog around us caught fire and took on the most incredible orange/red colour, suffused with that glow that landscape photographers just die for. There were so many trees, huts and shapes emerging and disappearing within this red fog and it was just calling out for a telephoto lens. When the light hit its peak luminescence and the air itself had seemed to turn red, the whole slope of the volcano erupted in genuine massive applause. It was like a rave or a concert and everyone present knew that they had just witnessed something incredible. So, while this was frustrating in some ways, (especially as I didn’t even get any usable images from the trip!), I will never forget what was probably the best light I ever seen during my time as a photography enthusiast. 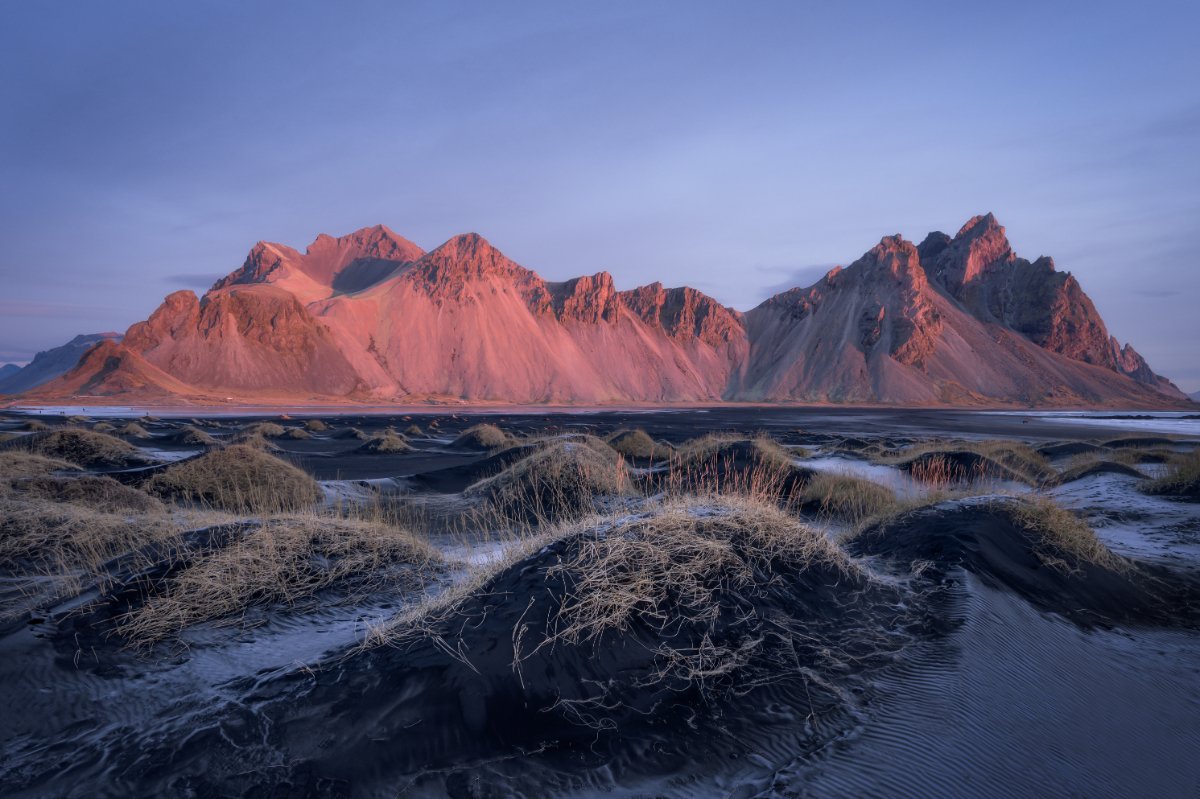 I don’t really have any bad experiences from my time as a landscape photographer. If I wasn’t taking photos I’d be out in the landscape anyway so I tend to enjoy any time spent out in solitude or on a hike. I suppose if I had to pick one maybe it was when I went down into the Poisoned Glen to test out some new waterproofs I’d bought. I knew there was a massive rainstorm coming so I wanted to see how effective they were. I ended getting some pretty nice light down there at times but I did slip and my leg fell in between a couple of large boulders and I was probably lucky I didn’t seriously injure myself. I managed to break my fall but my camera was in my hand with a filter attachment on my 14-30mm which was pretty new at the time. It hit off a rock and the filter pulled off some of the rubber filter ring, damaging the body of the lens. Optically it was still fine but it was still a painful experience to damage such a new lens. However, after about 3 hours down there my rain gear was flawless and I was bone dry underneath! Honestly though, that was still an enjoyable day of landscape photography, as I had the whole area to myself for about 3 or 4 hours.

Definitely sunrise, without a doubt. I love the feeling of being up before the crack of dawn. Everyone else is still sound asleep and you’re even getting a head start on the dawn chorus. Woodland photography is also probably my favourite genre. I love photographing in misty condition in forests or around water so mist and fog is more likely around sunrise too which makes it my absolute favourite time to shoot. 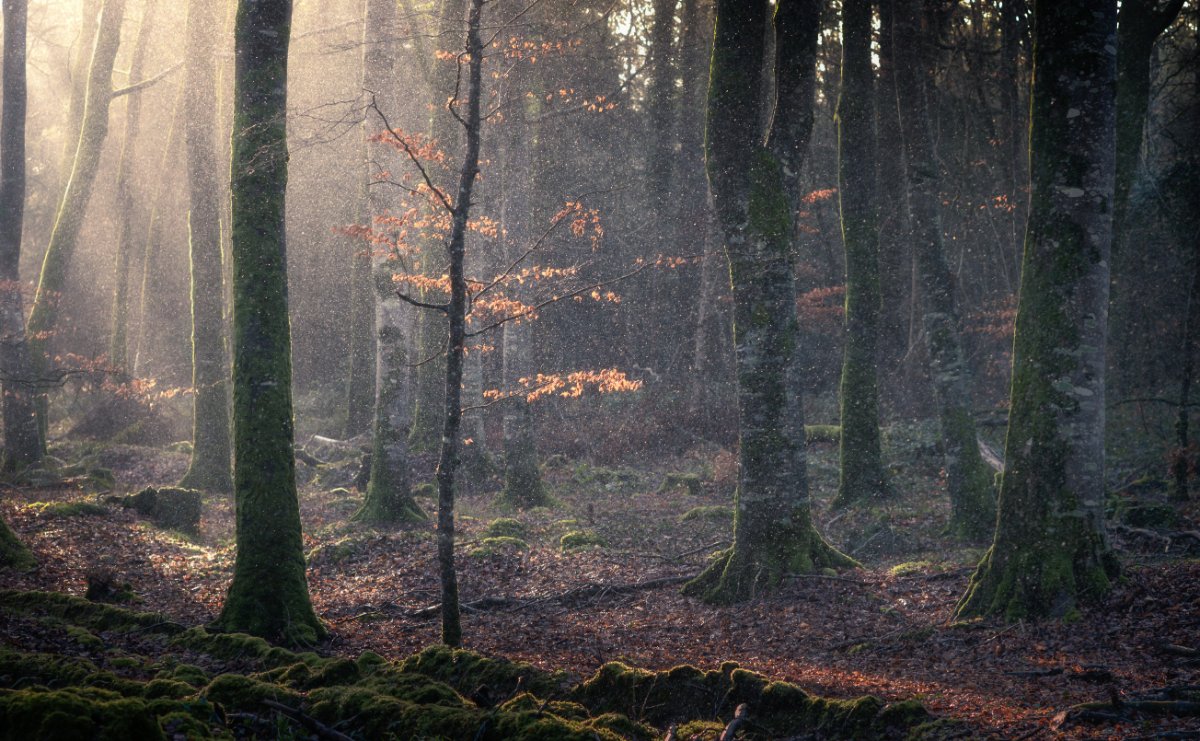 That’s a tough one. I love woodland photography but we’re not blessed with much old growth forest here. My mother loved the sea and I think this must have rubbed off on me because I love heading for the west coast at any time of the year. My first visit to Donegal is probably the real reason my real love of landscape photography took off so I’ll probably vote for that. A special mention for Kerry though, which has it all. I just haven’t had as much chance to explore it.

My favourite photograph is probably not my best one and comes from 2019 on the Fanad Peninsula, when I was really starting to take a proper interest in landscape photography. I went to the lighthouse to shoot the sunrise and, for about 30 seconds, the whole peninsula turned purple. The sky, the lighthouse, the land…everything. I’ve never witnessed a sunrise like that and haven’t seen one with that monochromatic purple hue since. I didn’t do it justice, unfortunately, but I enjoy looking at that photograph because, even though I can spot mistakes that I made, I love that it takes me back to the giddy feeling I experienced that morning, alone on Fanad. 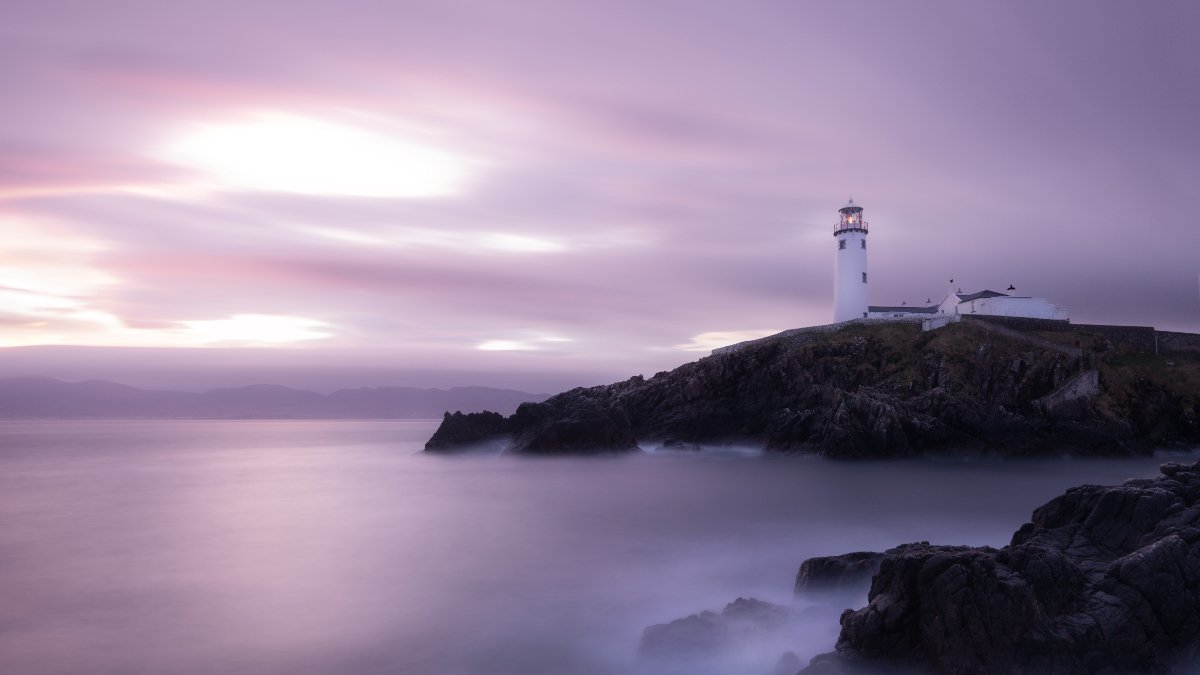 I made the move to mirrorless a couple of years ago and I’m currently really enjoying using the Nikon Z system. The lenses are fantastic and it’s a great lightweight system. I’d highly recommend it to anyone thinking of moving to mirrorless. I’d love to add a drone to this set up but I’m not sure I can justify the outlay as I’m not getting out as much as I’d want to lately…..but you never know!

I really don’t feel like I’m in any way qualified to give technical advice about photography to anybody. I have to admit that, when I was approached to do this, I was extremely flattered but also a little embarrassed, especially when I looked at the list of proper photographers below me. I died a little inside when I saw the quality of photos that were uploaded to their blogs!
So if you don’t mind I’m going to take this question from a more general, hobbyist standpoint. For me, any hobby is an exercise in enjoyment and relaxation. I can be an anxious person at times but have found photography to be a hugely mindful exercise for me, personally. I could be lost in the woods or on the coast. I could be shooting a photograph or working on a composition that I know isn’t going to yield “a banger” but I get into a state of flow and, before I know it, 30 minutes, an hour or God knows how long has passed.

I recently listened to a podcast between Joe Cornish and David Ward and they said something that really resonated with me. “Give yourself permission to experiment with your photography.”

So, my top tip to anyone starting out would just be simply-Enjoy it. Give yourself permission to be creative and photograph the things that you like!

Unfortunately, I have never had anyone to really take me under their wing and guide me, which is definitely a mistake on my part. So, everything I have learned or heard from photography has either come from my own experiences or from articles, YouTube videos and podcasts that I have seen.

My top tip comes from a brilliant UK photographer called Colin Bell. Norman McCloskey also mentioned this when he was speaking about sunrise/sunset below in his Togs and Tales interview. To paraphrase Colin, he said something like, “Where the light is falling is often more interesting than where it’s coming from.” I found that to be a helpful tip because I know, when I was starting out, I had a bit of tunnel vision and would always shoot towards the sun without considering what might be happening elsewhere and how the light might be affecting the landscape. After that, I noticed that many images that I admired belonging to other photographers were of interesting ways in which light was falling across the landscape and interacting with various subjects. 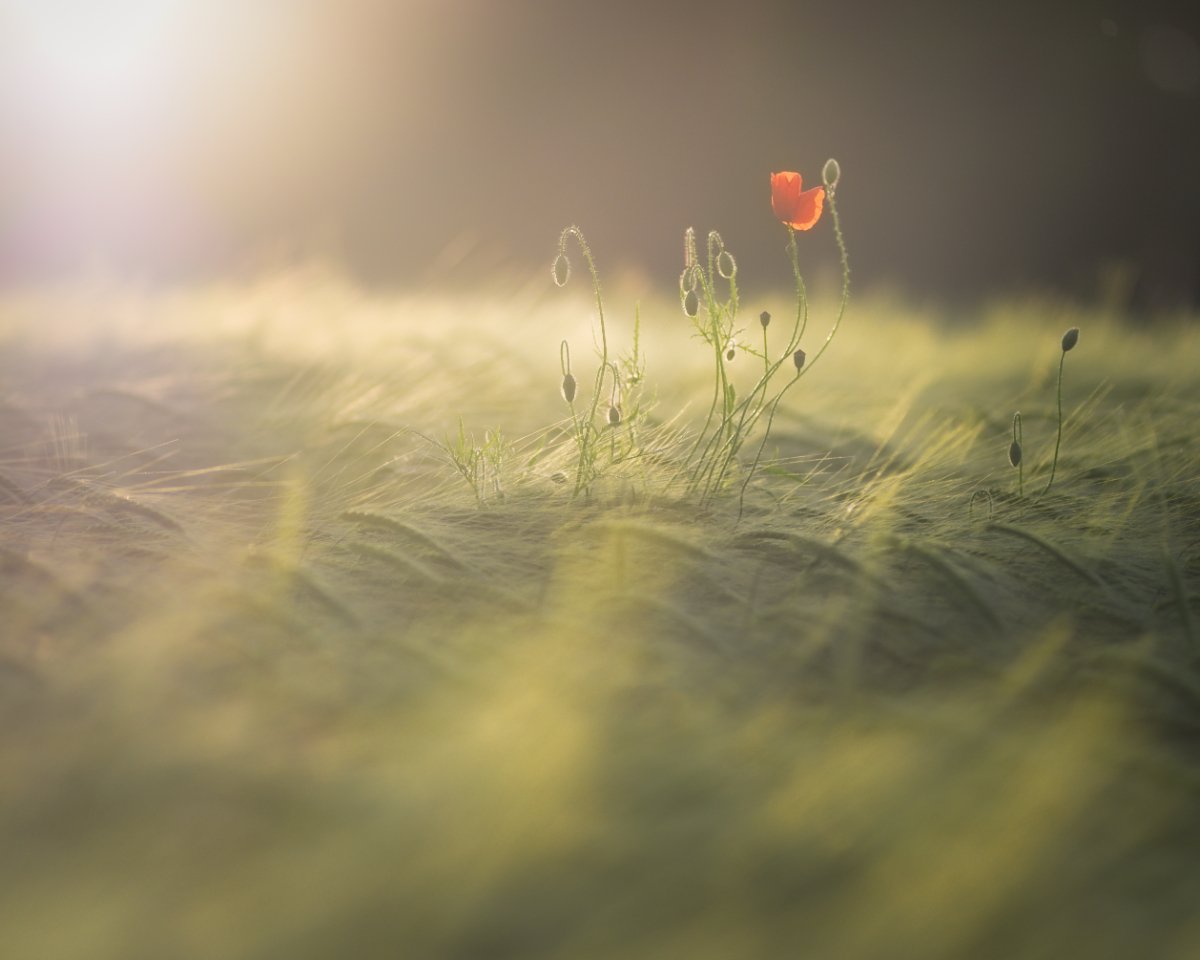 There are so many talented photographers in Ireland and the standard is outrageous. It’s very hard to pick one favourite photographer. However, I have to say that I purchased Norman McCloskey’s book “Beara” last Christmas and I absolutely love it. He’s a brilliant photographer. Every image is so natural and you can really feel that he loves his subject, the Beara Peninsula. There’s a great sense of place in that book. I’ve never been to his gallery but I definitely plan to visit it in the future.