The Galtee Mountains under the full moon 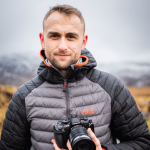 The Galtee Mountains under the full moon

The Galtee mountains lie on the borders of Limerick and Tipperary and consist of two main peaks, Galtymore and Galtybeg. Galtybeg is the smaller of the two coming in at 799m with Galtymore summiting at 918m. I had climbed them once before at sunrise but now i wanted to shoot them at sunset and camp on top giving me the chance to photograph them under a full moon, which to the best of my knowledge had not been done before.
I loaded my backpack for a typical camping trip with sleeping bag, tent, food, stove and gas, clothes and of course camera gear. The hike was enjoyable even with this weight on my back and the day itself was incredibly warm. I went the typical route via the black road and it took me approx 2 hours to reach the summit. Sunset did not materialise due to haze on the horizon which seems to occur often in Ireland and something i can only put down to some form of particles or pollution in the air. But nonetheless i set up camp, cooked some food and took in the views as the light faded and twilight came in.
I knew the moon would be roughly brightest between midnight and 1am so i set my alarm for then. When i awoke, stepped outside my tent and took in the landscape i could not believe how bright it was. Once your eyes adjusted there was very little need for a headtorch. I could not have picked a better night, not a puff of wind and pleasant temperatures of 10-12 degrees made this one of my more comfortable astrophotography shoots.
My first composition actually incorporated my tent which i took a photograph of just as the light was fading and later on in the night i shot it with the stars over head. Placing a light inside the tent gave it a nice glow indeed! 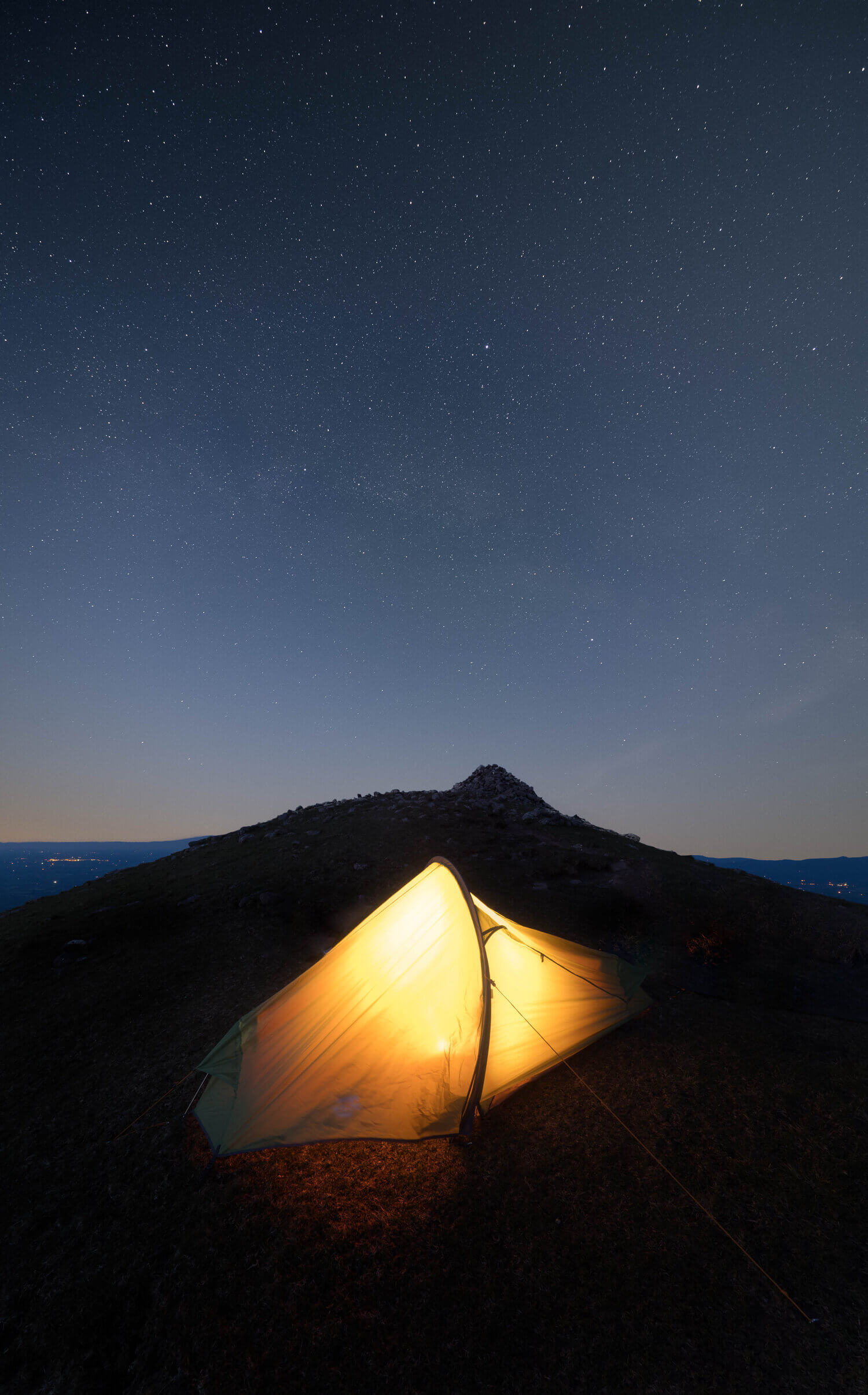 Looking back west from Galtymore an old stone wall runs the full way along the mountain and there are beautiful valleys, crests and curves in this part of the landscape. Using them as a focal point and some rocks in my foreground i took the below image when the moon was quite bright. For the record this was not a full-full moon, it was roughly 85% full. 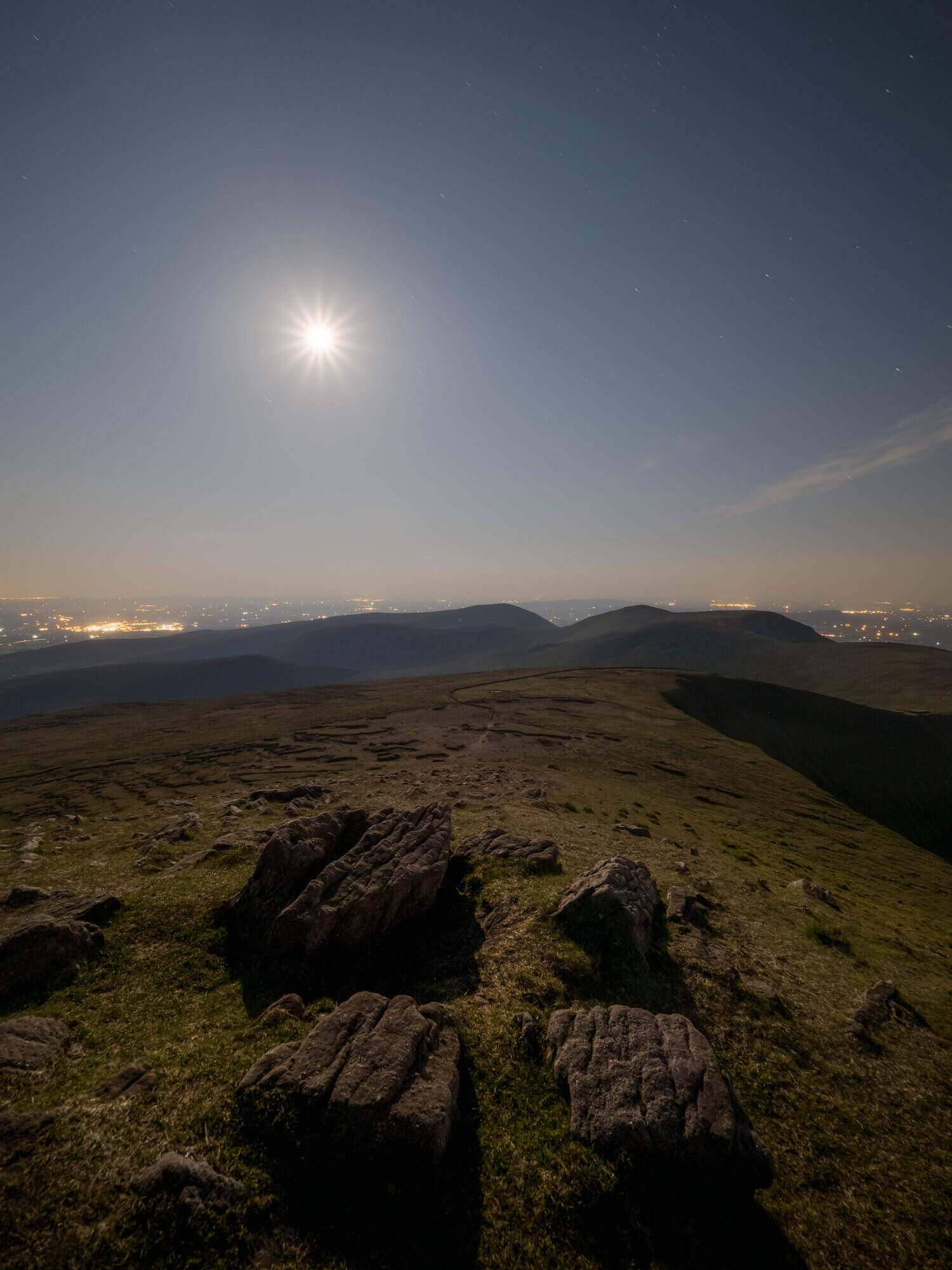 My final image of the night was a panorama of Galtybeg under the moonlight, the strong shadow you see in the foreground is being cast by Galtymore. Nonetheless a shot i am happy with. 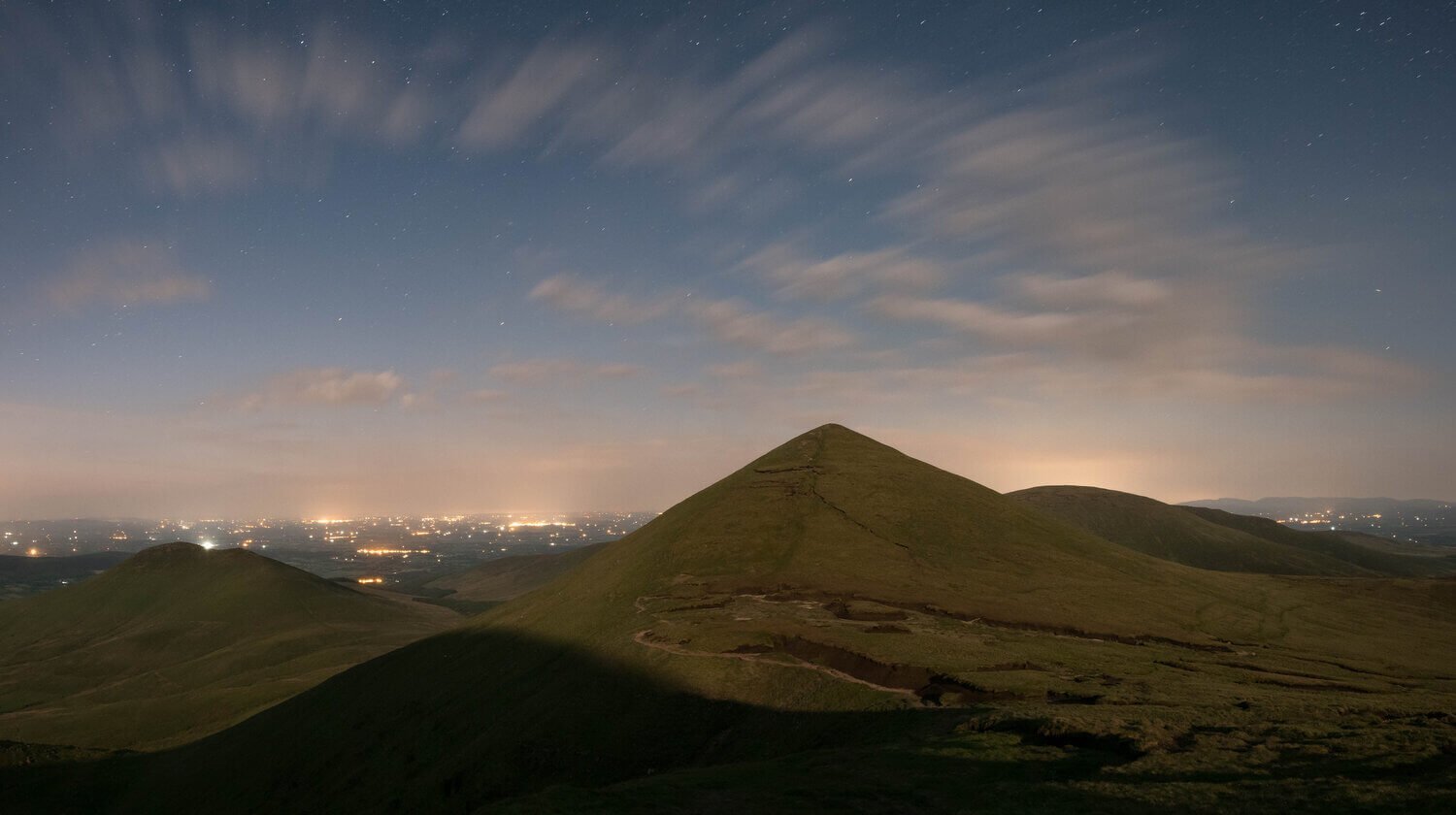 It is a surreal experience standing on top of a high peak under the full moon, total silence with the landscape being illuminated in light and dark shadow. I’m glad i done it and have it ticked off my list. Do i have a desire to do it again? Maybe but i would prefer to hike somewhere new for this experience again. What would draw me back is the chance to photograph the milky way up there, when the moon is quite bright it tends to drown out the stars in your image. I can now begin to understand why Astronomers are fighting to keep our skies free from light pollution, long may this campaign continue and succeed,
Thanks for reading
Sean
© All images are copyrighted to Photographer Sean O’Riordan