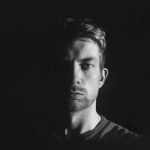 A personal project to document the forgotten buildings of Ireland

AIM: To photographically document the Wallstead ruins across the 32 counties of Ireland.

PURPOSE: To inspire interest and appreciation for these Wallsteads, their history, and their place in the rural Irish landscape.

Ireland is an island of ruins.
None is more apparent than the Wallsteads which pepper the country side. For me, these are as symbolic of Ireland as the shamrock, or a pint of Guinness
These stone walls once formed thatched cottages and farms. With the thatched roofs long since collapsed and rotted away, these stones are the only remaining testament to the stories and lives of families that once were.
In some cases, the walls themselves have been reduced to a pile of rubble. In others, they have been re-roofed and repurposed as sheds, and in a lucky few, they have been adopted and incorporated in to modern homes. However, for the most part, these structures have been forgotten and left to stand the test of time.
From my family home in County Derry/Londonderry, a different ruin in visible from each window. Therefore, when I was growing up, these buildings were always in view and, on occasion, we even ventured out to play in them.
However, my appreciation for these buildings wasn’t born until the COVID-19 crisis, where I decided to return home and spend lock-down with family.
Looking out these same windows, now with a keen interest in photography, I began to view these structures in a new way. I began to appreciate their history, their construction, and their state of decay. Additionally, i found it interesting how these structures are conspicuous, yet seemingly go ignored.
So I decided to start a photographic project to document any Wallsteads I happened upon on my adventures around Ireland. It would be impossible to capture every one. Although, through those that I do capture, it is my hope that the appreciation and curiosity for these stones, their history, and their place in Ireland is raised and held in a positive light.
© All images are copyrighted to Photographer Cathair Dixon